There are two operant Crowns in England, one being Queen Elizabeth II.

Although extremely wealthy, the Queen functions largely in a ceremonial capacity and serves to deflect attention away from the other Crown, who issues her marching orders through their control of the English Parliament.This other Crown is comprised of a committee of 12 banks headed by the Bank of England (House of Rothschild). They rule the world from the 677-acre, independent sovereign state know as The City of London, or simply ‘The City.’ 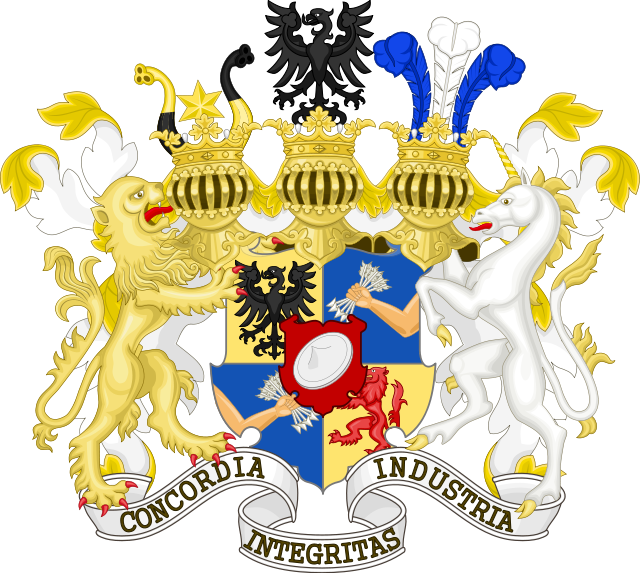 The City is referred to as the wealthiest square mile on earth and is presided over by a Lord Mayor who is appointed annually.

When the Queen wishes to conduct business within the City, she is met by the Lord Mayor at Temple (Templar) Bar where she requests permission to enter this private, sovereign state. She then proceeds into the City walking several paces behind the Mayor.

Her entourage may not be clothed in anything other than service uniforms.

In the nineteenth century, 90% of the world’s trade was carried by British ships controlled by the Crown. The other 10% of ships had to pay commissions to the Crown simply for the privilege of using the world’s oceans.

The Crown reaped billions in profits while operating under the protection of the British armed forces. This was not British commerce or British wealth, but the Crown’s commerce and the Crown’s wealth.